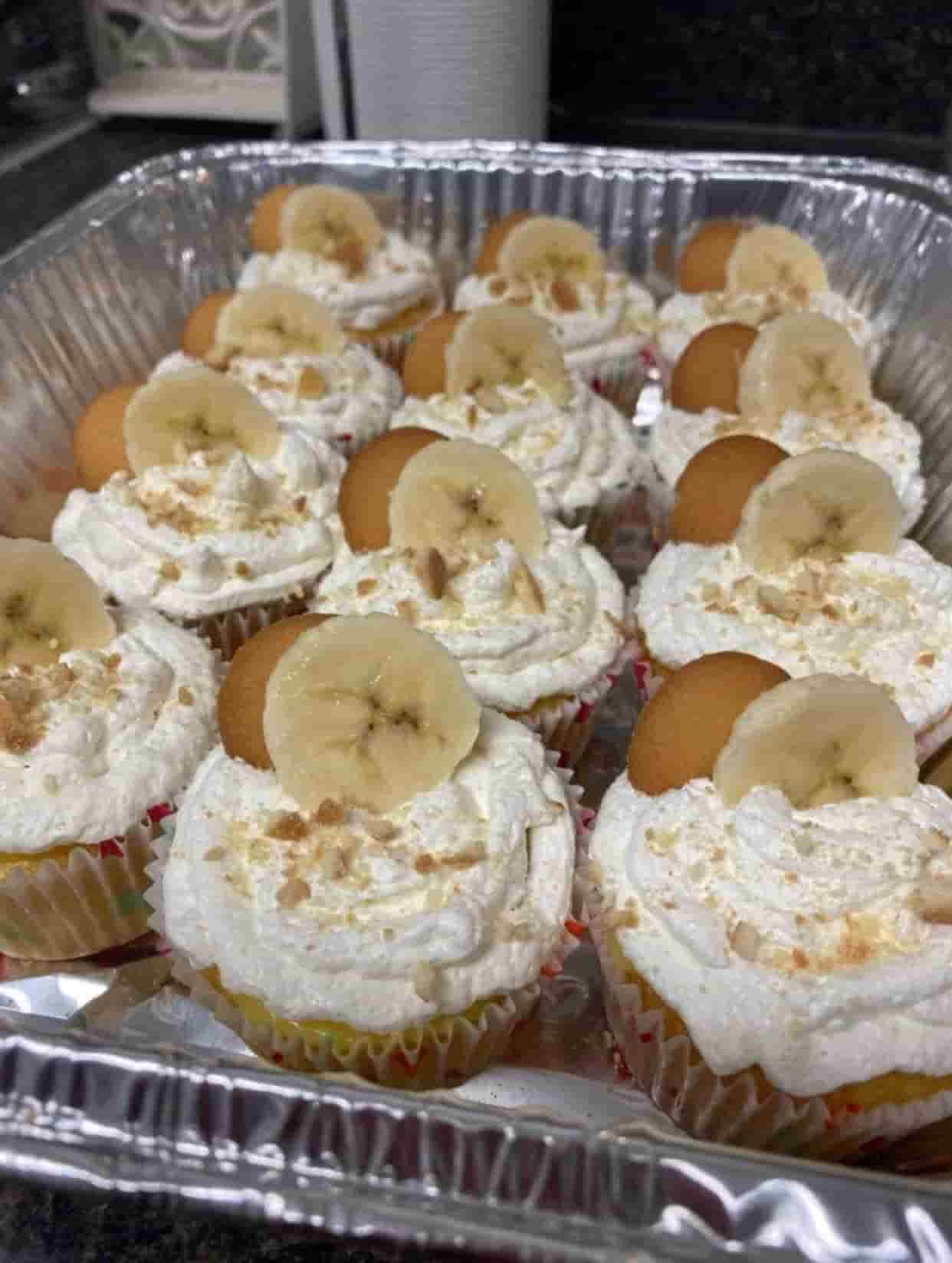 Banana Pudding Directions:
In a medium saucepan whisk together sugar, cornstarch, salt, milk, vanilla, and egg yolks.
Cook over medium heat, whisking frequently. Cook until bubbly and mixture begins to thicken, about 6-8 minutes. Remove from heat.
Transfer the pudding into a serving bowl or individual cups. Chill in the fridge for a few hours.

Using a hand or standing mixer, beat together all ingredients until combined and mixed. Scoop ¾ batter into the liners.

Preheat oven to 350 degrees and line cupcake pan with the liners.
Bake in the oven for 19 minutes or until a light golden brown. Allow to cool completely.

Using a standing mixer, beat together the butter, powdered sugar, heavy whipping cream, and vanilla until smooth and stiff with peaks.
Scoop frosting into the piping bag.

Spoon on about 1 ½ tbsp banana pudding onto the top of the cupcake and smooth evenly.
Pipe a dollop of frosting on top of the pudding and sprinkle with cinnamon. Top with a vanilla wafer cookie.

We use cookies on our website to give you the most relevant experience by remembering your preferences and repeat visits. By clicking “Accept All”, you consent to the use of ALL the cookies. However, you may visit "Cookie Settings" to provide a controlled consent.
Cookie SettingsAccept All
Manage consent